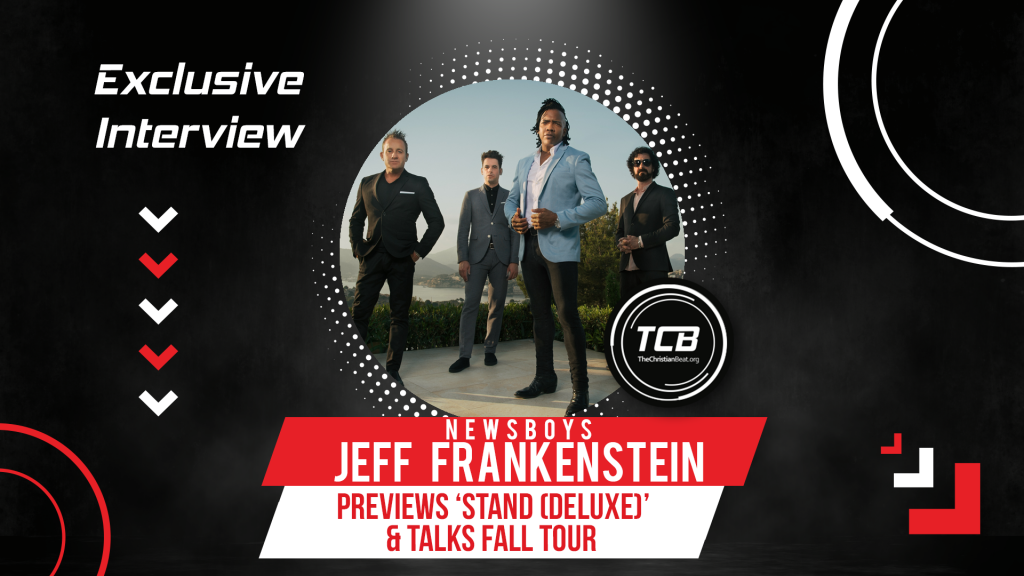 Award-winning supergroup Newsboys is releasing a deluxe edition of their album, STAND on September 23, 2022. In this collection, the beloved group serves up three new recordings, elevating the album to a full 14 tracks. “King of Kings,” which features MercyMe frontman Bart Millard, adds a moment of praise and adoration to the collection. Lead singer, Michael Tait, who co-penned all ten songs on the original release, has added two more originals here on the extended release, “Jesus Did,” and  “All Things Are Possible”. Additionally, the group recently announced their “Stand Together Tour” with special guests Cochren & Co., Adam Agee, and Jeremy Rosado. Set to kick off October 6th in Champaign, IL, the tour will also make stops in Missouri, Florida, Oklahoma, Georgia, Tennessee, and Texas throughout the fall. In this TCB Exclusive, Newsboys’ Jeff Frankenstein talks about what inspired the release of a deluxe edition, how songs released on the original album have taken on new meaning, and what he is most looking forward to with their upcoming tour.

Congratulations on STAND (Deluxe) coming this week! What prompted you to continue the message and narrative behind STAND, which released about a year ago.
The world of music is changing and we’ve decided in some ways that our fans are more interested in a more steady stream of music from us rather than having to wait 3 years and dumping 10-12 new songs. When we did STAND, most of that was done during the pandemic period, which was one of the few nice things about being locked down from touring. It gave us unlimited time to record and write, which we don’t normally have because we are on the road so much. Over the past year or so, we never really stopped as far as recording. So “King of Kings” with Bart [Millard] and a few others that weren’t on the original record that are cool songs. So since the album is still new and we have a few different singles coming out, to just group everything into a deluxe version. 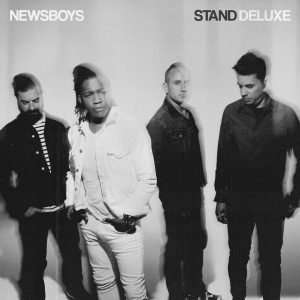 Is there a track from the original list that has taken on new meaning for you after growing with it, and having listeners interact with it?
“I Still Believe You’re Good” has been a special song for the band and crew. It has meant a lot to a lot of people, and to us. The pandemic was a bizarre experience for us as a band. We went to three shows back to back in early March 2020 that got canceled as lockdowns took effect. And we were driving home on the bus and just looking around at the uncertainty, and if we were ever going to do a show again. Everyone had the sinking feeling in their stomach. For most of us, touring is where we get most of our livelihood, and our crew guys especially. And aside from the lockdown, my dad died of cancer. He was perfectly healthy and then gone within three months. It was just a disaster of a year. And for a lot of people. People resonate with this song live because we’ve all been through something that makes them dig deep.

One of the new tracks features MercyMe’s Bart Millard. How did this collab come to be?
That particular track, we were talking about how MercyMe and Newsboys have never collaborated on anything or toured together, and we’ve both been around for about the same amount of time. We’re friends, and we share mutual friends and management, so it felt like we needed to do something. So that track came out of friendship; I actually ran into Bart at an art class that both our kids were in without us knowing. It was awesome what he added to the song! Maybe one day we’ll be able to perform it live on stage together; that would be pretty cool.

Are there any personal highlights that stand out to you from the writing and recording of the tracks for this Deluxe collection?
The personal highlights, for me, come after the songs are done and you’re on the road and see how people respond to them. I tend to be more involved in the technical side of the band, so I was a bit of the brains behind the “Magnetic” video. I was driving with the kids when I got a text that the “Magnetic” video got nominated for a Dove Award. That was unexpected and so it was a personal highlight for me producing the video. It was a song that wasn’t a huge radio hit, so it was cool that enough people noticed for it to pick up a nomination.

In addition to the new music, you are also getting ready to head out for tour in early October. From planning and rehearsing, what are you most looking forward to during the night?
I’ve been working on putting the set together for the fall. I think fans will really like it. It’s going to be a bit different than we’ve done in the past with two short shows and a little break in the middle. Both sets will have different themes. We’ll do one set early in the night with just pop hits, nothing but the flashiest pop set you’ve ever seen. The spinning drum riser is coming back out, and it will be super fun. It’s hard when you’ve been a band for over 30 years. Our fans are from all eras, and I’ve been thinking about how we can make everyone happy. Set two will be completely different with the worship stuff, and also bring out some of the other artists on the tour to collaborate.

You’ve invited Cochren & Co., Adam Agee, and Jeremy Rosado out with you for these nights. How do they complement the message and music you are wanting to share?
Opening acts add a lot to the show. We’ve actually never toured with Cochren before. And I like when we are with artists that are different from us. Cochren has got a rootsy, gospel thing. And I’ve never heard him play live, so I’m excited to dig into that. I love when new artists come out, like Jeremy. He’s not necessarily new as an artist but will be new to other people. They get a platform and a stage, and just make the night that much better for everyone.

Between touring and the new music, how do you hope these projects impact listeners, even differently than previous projects?
I’m a dad with four daughters and I’m observing that the world is changing fast. And not all for the good. I think a lot of times we are oblivious to the spiritual battles that go on behind the scenes. They are temporary, as this world will fade away, but one thing that’s great about Christian and Gospel music is that they are constant reminders of what God’s done, who God is, God’s promises. They are useful tools when dealing with things in our spiritual lives.
We don’t ever see the full scope of what the music does, but we all love hearing the stories and seeing the fans. You can spend two years in a studio with no windows singing into a mic by yourself, but that’s a completely different world than taking those songs out on the road and playing in front of people. A lot of music is so disposable now, and people are such consumers. But we’ve been around so long, there is history there. The handshake is always associated with a story. The stories are endless, and that’s the fuel that keeps you going.

What are you most expectant for in the remainder of 2022?
After a couple years of not doing a ton of shows, I’m just hoping we see people come out in big numbers. People have lived under a lot of fear, and coming together and being in a room with other believers becomes bigger than just us and an entertaining show. When two or more are gathered, there is power in that. As a band, we just want to serve people and love people. We are old enough to know that is what matters. From an industry perspective, we’ve done what you could hope to achieve in a career. We have been around long enough to know what is important – use your gifts to the best that you can. Worship is using the gifts that God has given you to the best of your ability for Him. We take pride in that and in the show. 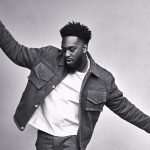 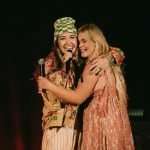 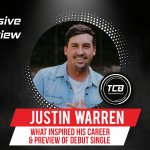 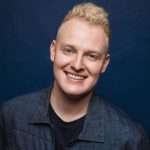 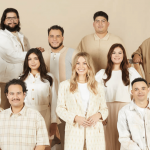 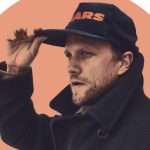 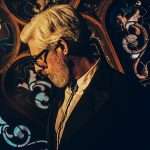