Exclusive: Laura Story Invites Us To Trust In God & Say ‘So Long, Normal’ 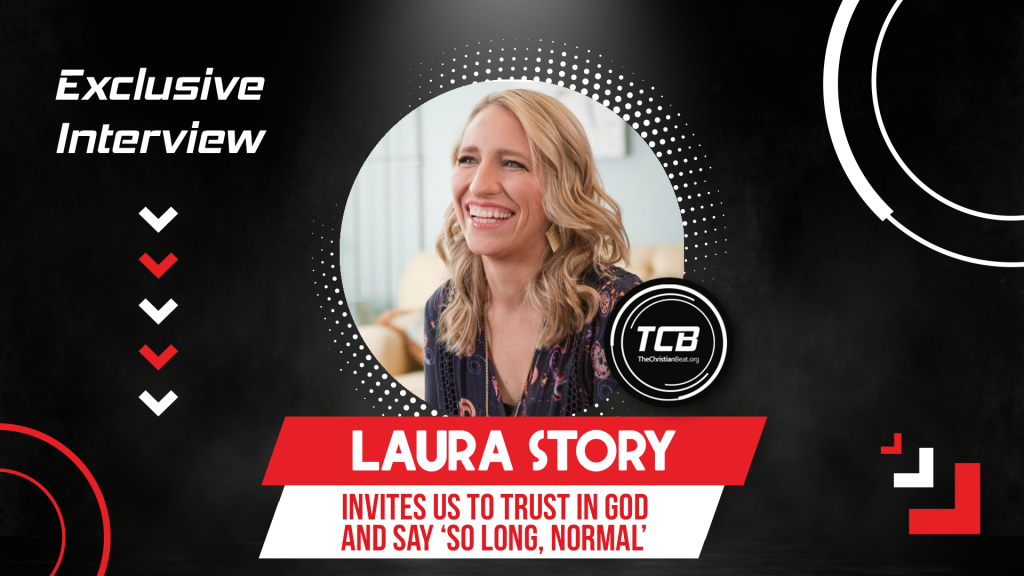 “I gave up my pursuit of normal a long time ago,” writes worship leader and Christian recording artist Laura Story in her new book, So Long, Normal: Living and Loving the Free Fall of Faith (Thomas Nelson/W Publishing Group, July 13, 2021). Laura continues, “Not that normal is bad, but why should you or I settle for normal when we’ve been created for something far greater?” This is the foundational question that Story, who has written award-winning songs such as “Blessings,” “O Love of God,” and Chris Tomlin’s “Indescribable,” winsomely and transparently explores in So Long, Normal—her third book and a follow-up to her recent popular titles When God Doesn’t Fix It and I Give Up. Laura Story’s deftly written So Long, Normal combines strong biblical insights with amazingly practical wisdom, her signature humor, and many anecdotes and illustration. Story also recently released a new single to coincide with the book release, “Hello Unknown” (July 9, 2021, Fairtrade). In this TCB Exclusive, Laura opens up about her invitation to put our trust in God amidst all the uncertainties of our world and how that theme inspired her new book and new song.

Congratulations on the book and new music released last month! Let’s start with the book, So Long, Normal. The story shares about your life, but when did you first have the idea to capture everything in writing?
I’ve never been someone who writes a book based on me having all this truth that I’ve learned and mastered and want to impart to others. It’s always, as far as writing, whether it’s songs or books, inviting other people to come along a journey that I’m already on. I’m learning maybe only one step ahead of the readers.

What has been the reaction so far from readers? Do you think there was something that has been impactful that you didn’t anticipate?
Just the reality of the past year and a half. I began writing this at the very beginning of the pandemic because that was what we were experiencing. The book, ‘So Long, Normal,’ was just leaving us at a rapid pace. I talk about this in the book, but my life has never looked all that normal anyway. Pretty early on in my marriage to my husband, he was diagnosed with a brain tumor, which life with disability just looks pretty abnormal. I talk about that, but especially in this season, I initially didn’t want to tie this too much to pandemic and quarantine, because I thought, naively, that a year to 15 months later, when the books comes out, that the pandemic would be in the past. Which is not at all the case. So what has helped me know this is hitting the mark, is that people continue to ask ‘when are things getting back to normal?’. And now we are wondering if there is a normal we will ever return to, or just get used to a completely new scenario. I think that’s the biggest feedback I’ve gotten from the book – I actually address that if our peace and comfort and security and stability are hinged on return of the normal, then we are always going to be at the mercy of life’s circumstances rather than being grounded in our faith. A lot of people have been super encouraging that this books meets them right where they are – personal situations or how upside down our world has been.

You wrote the book during the pandemic. Is there a passage that hits a little differently with the current state compared to when you wrote it?
The book is more scripture than it is me, which is always my goal. Hopefully Laura’s words don’t get in the way of God’s words. One of the passages that I continue to go about to in Hebrews is when God allows the shaking of what can be shaken for the purpose of revealing what is unshakable. I think that as this pandemic lingers longer than any of us foresaw, and political and social issues that aren’t improving as quickly as we want it to, for me, it’s been a huge comfort that any shaking happening in our lives and world is not because God fell asleep at the wheel but that for reasons that I do not understand, God has allowed the things that He hates to accomplish the things that He loves. Joni Erickson Tada said it best. We shouldn’t be surprised by brokenness in the world because from Genesis – since the fall – things are broken and creation is marred. But that doesn’t mean sin gets the last word. God is still sovereign and He is using things even like social injustice and pandemics for our good and His glory.

Alongside the book you also released new music with “Hello Unknown”. While the messaging between the items is similar, did the music idea come before or after the book?
So the book came first, and the way it’s structured it has a whole lot of chapters in the front end saying it’s important to say so long to things we consider normal – a status quo or an idea of normalcy that we cling to for security and stability. But toward the end, we actually change the so longs to hellos – to new life and new mission. And the last is saying hello to the unknown, which is where the idea for the song came. It’s a fun and energetic, upbeat song because by the end of the book when you look at the unknown future ahead of you, it’s actually this exciting thing because you aren’t scared of the future even when it’s unknown because you have a known God, and we know His love for us and He has good things in store.

How did you approach creating these projects differently than previous releases and projects?
I always want the project to be relevant to our current times but I feel like, as God’s word is timeless, I want it to be something people could relate to now. I do also feel led to write this for such as a time as this because of everything going on. But the truth is that when it comes to the shakiness of life, it’s not like the pandemic is the first time we felt that. Everyone has had a thing that they look to, normal expectation of marriage or spouse or expectation of normal health, and then your life looks different. There is always something that isn’t quite what we thought it would look like. And what I want people to understand is even though your situation might not get better, you can get better in the midst of a situation. What we believe by the Scriptures is that our stability and hope and peace come from Jesus. Once we know Him, that can’t be taken away from us. John 15 talks about no one can snatch it from my hands (father talking to his children). That can become our security, then we can truly face anything and be okay, and not just okay, but thrive. One of my greatest encouragements from the Scriptures is looking at the Apostle Paul when he is writing the letter to the Philippians Church from his jailcell. And he’s talking about the joy and freedom he’s found in Jesus. He’s imprisoned but has internal, spiritual freedom that he has found in Christ that is far better than the physical freedom he had outside of the jailcell. That’s the kind of joy I want and freedom I want – that the world can’t take away.

What are you most expectant for in the remainder of 2021?
One of the passages that I looked at a good bit in writing the book was from Proverbs 31, and that’s always been one of those chapters I’ve tried to avoid because ‘who is this woman and why is trying to make the rest of us look bad? sewing her own clothes and thrashing her own wheat’. But one of the lines that I had just never seen before is ‘she laughs at the days to come.’ And if you were to describe me, if I was honest about myself, I might say ‘I lie awake at night thinking about the days to come’ or ‘I toss and turn at night, wring my hands, and have a mini panic attack when I think about the days to come’ because there is so much in life that terrifies me. And that’s okay to be honest about anxiety that we feel, but I want to be someone that trusts God enough that when I think about the days to come, I am expectant and I have joy and laughter – not because I know what is going to come next, but because I know that God is in control.

Amy Grant Performs “Good For Me” On ‘The Kelly Clarkson Show’ 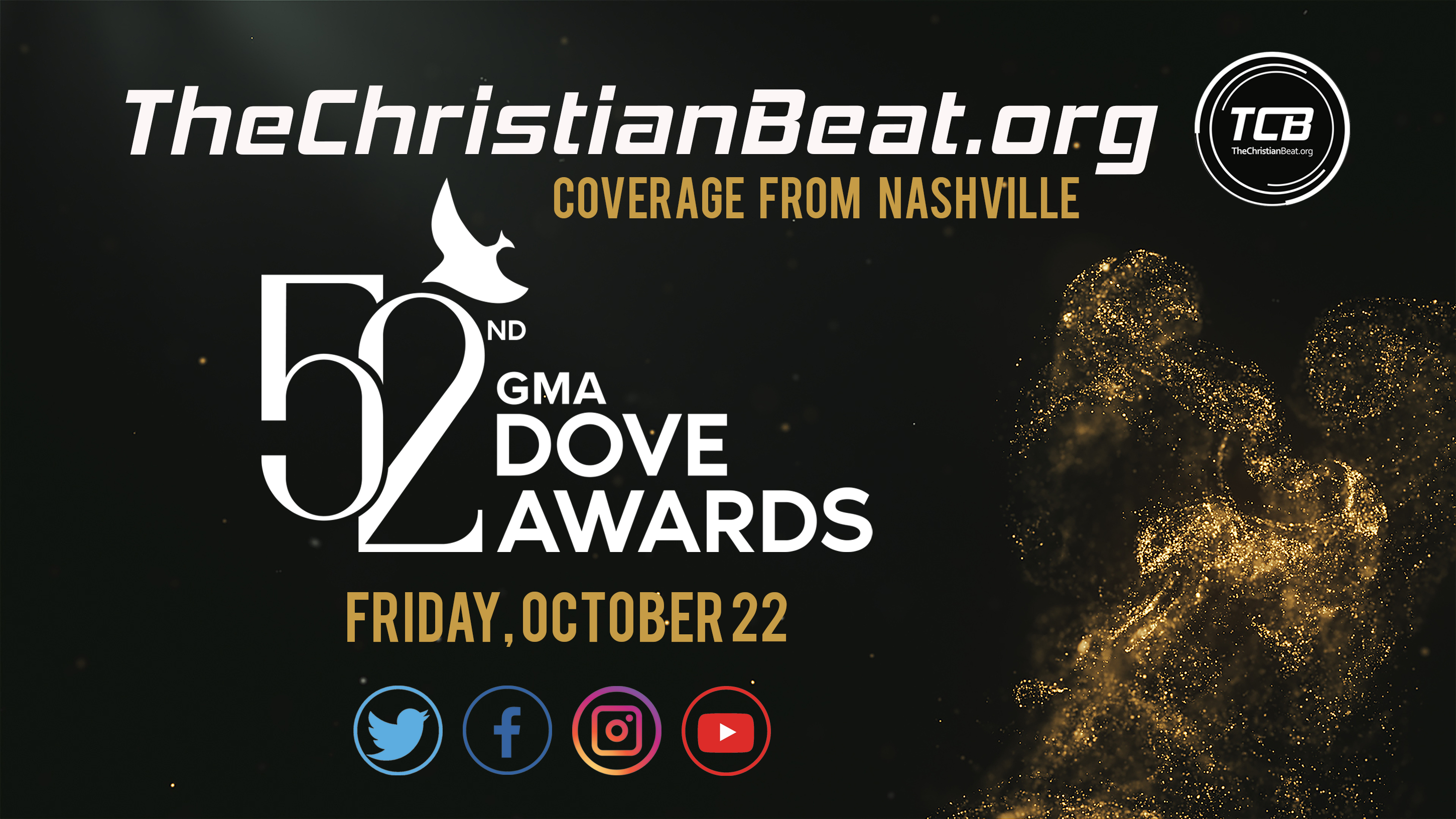 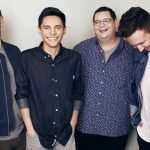 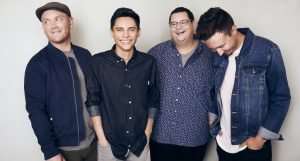 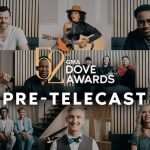 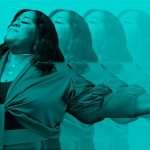 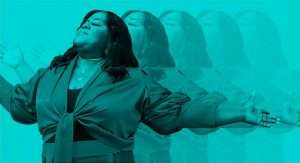 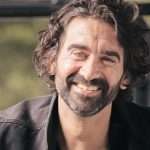 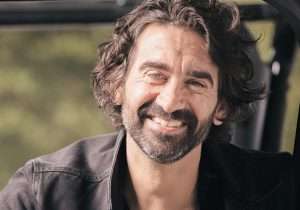 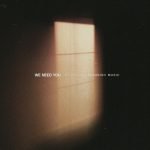 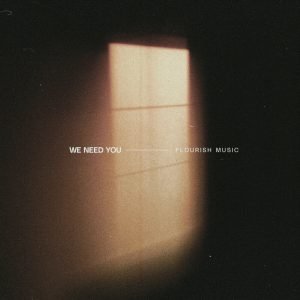 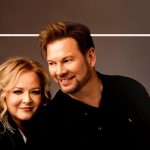 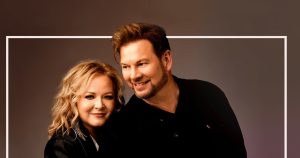 Amy Grant Performs “Good For Me” On ‘The Kelly Cla...

The Browns Discuss Heart Behind “Better Off There” At 52nd GMA D...