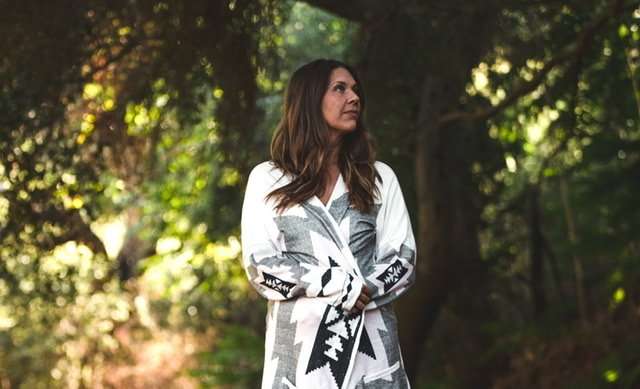 Kira Fontana, a leading Hollywood vocal coach, recently left the mainstream pop industry to start her own Christian label and production company, Kingdom Sound. Her forthcoming debut worship album, titled ​Refuge, ​is a set of spiritual warfare songs. The melodies of many of her songs came from dreams that were filled with words of God’s triumph over her battles. ​ Influenced by her background in classical music and film score composition, Fontana also integrates compelling orchestral arrangements into many of her songs. In this TCB Exclusive, Fontana opens up about the frustrating moments that inspired the album’s title track. Fontana relives what it was like to work virtually with a string orchestra in Budapest. And, she shares her idea of success for the record.

Congratulations on the upcoming release of your debut worship album titled Refuge! How long has this album been in the works as you have already pre-released some of the tracks?
The songs started coming back in 2019 starting with “Refuge.” There was a long time of writing everything and after that we started production in late 2019 and early 2020. It’s been quite a while – coming up on two years since the writing began.

Looking back now, is there one moment during that two year process that you can identify now as providing the resolve to release this music?
I think from the first time I heard “Refuge,” and I say heard because I heard it in a dream at like 3 in the morning. When I heard that song I just knew there was something special. I felt like God had given me songs that He did want me to put out, so I was resolved from the beginning. I don’t know if I mentioned this in our previous interview, but I had a radical conversion and became a born-again Christian. After that, I felt God had told me that He wanted me to do something different with my gifts. So I had been praying for God to show me how to use the gifts He’s given me for His kingdom. And I knew it was music related, but I actually hadn’t written or sung in many years. I had grown frustrated with that, living in Los Angeles, and not being able to find a place for my music. It was a little bit of a dark time creatively, and a dry time. So when I was praying that prayer, I just didn’t know what my purpose was and what I was here to do. And one night I was questioning why God even made me, as a rock bottom moment, where I thought everything in my life was going to be ended. So I didn’t know what to do anymore and that night I heard “Refuge” in the middle of the night, and then I kept getting song after song, and it was all worship. So I felt like He so clearly answered my prayer and said “I made you to worship Me.” It was a total resurrection moment for me, where everything I thought had to die, and God gave me something way bigger than I had ever thought. That moment it was very clear to me – write these songs, sing them, and put them out. I hope churches will sing them, and I trust He has a plan, and I’m just doing everything I can to fulfill the vision He gave me. 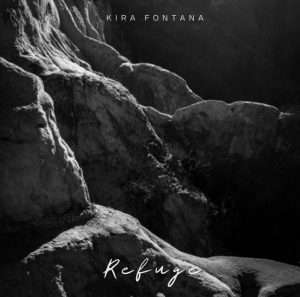 Which was the last track added to the album and how did it complete your vision for the project?
What I consider the last track is “Infinite Love.” And it’s funny because that’s one of the first songs that was written. It’s very different from the other ones, and I heard it acapella, again in a dream. And the other songs are so big with orchestra and full band. So this one is just more intimate, so I felt it should close the album. I recorded it just two months ago. After that track, I added a bonus track that we use in worship nights just for prayer. After worship finishes, we leave it on as we pray, and I wanted to leave that on so people can have that time with God as they finish the album.

You mentioned an orchestra, and you actually worked with a string orchestra out of Budapest and recorded everything virtually. How did this collaboration come about during the pandemic?
So I have a background in film scoring and classical composition, and so I knew I wanted a string orchestra on some of these songs. Another band, Arcade Fire, worked with Budapest Scoring, and I heard about them through word of mouth, as they’ve done a few film scores too. A lot of film composers actually end up going over to eastern Europe because it is more affordable to work with orchestras over there than it is here. So I reached out to see what would be possible and found out they do remote sessions, so you don’t even have to fly there. The process was so cool! The conductor spoke English to me, but Hungarian to the orchestra while we were on this remote call. I could watch and listen to the takes, and give feedback in real-time. It was one of the most thrilling experiences of the entire process – seeing that come to life.

If you could pick just one of the tracks, which do you think the world most needs to hear now and why?
I would say “Refuge” strikes me. The message that God is our shelter and our refuge and our rock, no matter what the world looks like or what our circumstances look like, is something that has been really strengthening and encouraging to me. When I first heard the song, it came straight out lyric-wise. I heard the melody of the chorus as a triumphant declaration. I had been reading through the Psalms, and just declaring that truth, that no matter what happens around us, is incredibly powerful. I know for me that it’s been really pivotal focusing on God’s victory and taking our hope from that.

Success can mean many things to different people and situations. Have you thought about what success looks like to you for this worship album?
I would say I’m pretty surrendered. I’ve had so many plans in the past, and I think for this one, I just want it to be an offering. My husband and I pray all the time that God will use it for His kingdom and His glory. That He will use it to strengthen and encourage people and build them up in their faith and bring them closer to Him. I try to keep my eyes there because I can’t control anything else. But if He wants to do something great with it, He will. I’ll do everything in my power to get it out, and I’m all in, but at the same time, I have to trust the process. Knowing He gave them to me, so I feel like it’s His. I just want to be faithful to what He asks for me to do.

Who, or what, are some of your current biggest inspirations, spiritually and musically?
My process with God is pretty related to me sitting with Him, praying, and just listening. Getting that time takes me out of what is going on in the world, which helps me to see truth versus looking around in the world, which is so confusing a lot of the time. Not knowing what’s up or what’s down – basically, everything is being shaken, and that’s very real, but it increases my drive to talk about the things that cannot be shaken, which is His kingdom. So with a song like “Kingdom Come,” it is really wanting to go there and say no matter what is happening, Your kingdom can never be shaken. By grace, we get to live in Jesus’ victory, and I try to talk about the things that are real. So the verses are ‘surrounded in darkness I cannot see, so help me to see with Your eyes’ (“Refuge”). They’re honest to say it looks disheartening, it looks discouraging and it looks dark, and I try not to shy away from that, because it is real, but then it’s always going back to what is truth. And I do rely on God’s Word. There is something amazing and supernatural when I focus there. So the choruses always end up in that place – a declaration of truth.

What are you most expectant for in 2021?
I think I’m most expectant to see God move in mighty ways throughout what’s going on in the world. I feel there is a hunger, more than I’ve ever seen before, and a seeking, especially on behalf of those who don’t know God yet. I have friends like that, and I feel they are more open to talking about God and asking questions. I feel like God is going to use the circumstances of 2020 and do something great in 2021 – we will see a revival and people come to Him, that maybe wouldn’t have otherwise. 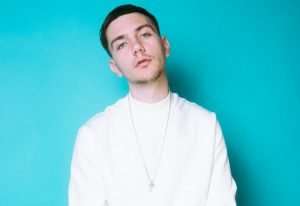 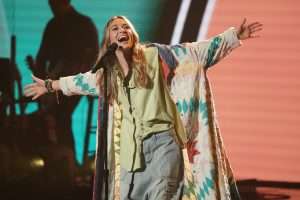 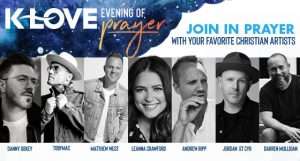 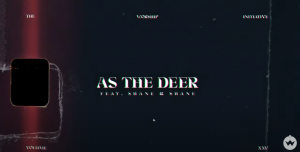 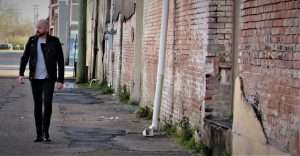 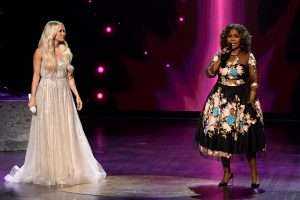