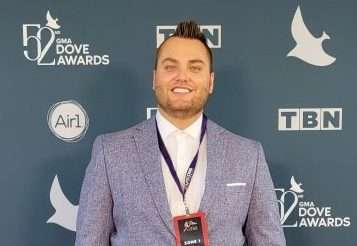 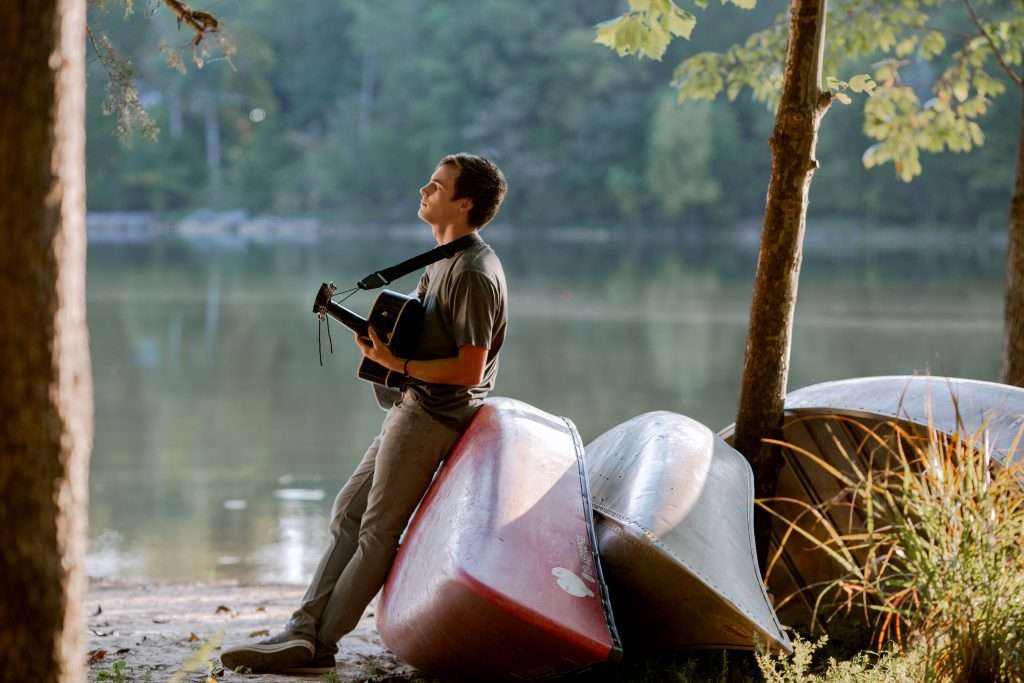 Starring Bailee Madison and Kevin Quinn, A Week Away is Netflix’s newest faith-based film. The Netflix Original boasts the voices of Quinn and Madison along with cast members Jahbril Cook, Kat Conner Sterling, Iain Tucker and Sherri Shepherd, as well as a cover of an original song from the film sung by the ever-popular Folk-Rock duo Johnnyswim. Instantly familiar yet completely new, the film’s soundtrack features vintage CCM hits such as Amy Grant’s “Baby, Baby”, Steven Curtis Chapman’s “The Great Adventure” and “Dive”, Michael W. Smith’s “Place in This World”, and Audio Adrenaline’s “Big House”, all reimagined and revamped to engage today’s listeners. The soundtrack also features a mashup of Rich Mullins’ “Awesome God” and for KING & COUNTRY’s “God Only Knows”. Amy Grant and Steven Curtis Chapman even make cameos in the film as the camp counselor and lifeguard respectively. In celebration of the official soundtrack‘s physical release today (April 23), Kevin Quinn talks with us about the recording process, meeting Amy and Steven and his hope for the film in this TCB Exclusive.

What was it like to get to remake these iconic songs for the film? Did you grow up listening to these songs? How familiar were you with them?
It was really humbling! Just knowing how iconic these songs are kind of forced me to up my game, if you will––but in the best way! There was a certain pressure and expectation that I put on myself while recording, because I felt I owed it to the original songwriters to do their songs justice. If anything, though, that pressure is what brought out my best work, and although I didn’t grow up listening to these particular songs, they have become a huge part of my life. I definitely know their lyrics backwards by now.

Looking at your musical history, you were on American Idol in 2013. Right after you wrapped filming A Week Away and just before the lockdowns and quarantines, you were a part of Winter Jam 2020. You also released your first EP in 2020. How did you first become interested in A Week Away, and what has it meant for your music career?
Ah, yes, American Idol…that feels like forever ago now. To be honest, I remember feeling very young and naive, but that may have been the exact reason why I made it as far as I did; because I never took it too seriously. I mean, how can you at 15 years old?! It’s crazy to me looking back on it. That said, I’ve grown up quite a bit since then, and A Week Away and Winter Jam were both important career development periods for me, as both an actor and a musician. With both those things came big responsibilities, but also big growth opportunities, and now I finally feel ready to share my own music and artist project with the world––separate from A Week Away. But I needed that time to grow first, and I’m proud to say that I did.

On this film, you spent a good deal of time working with director Roman White, who has been nominated for 11 Emmy Awards and has taken home three, in addition to winning an MTV Music Video Award for his work with artists such as Taylor Swift, Justin Bieber, Kelly Clarkson, Lady Antebellum and Carrie Underwood. What was the best part about working with him?
Roman is an incredible person. He’s very compassionate and very dedicated to his work, not to mention crazy talented. He really did take us in during the film, not only as actors, but as people. He just saw the real us. Quite honestly, I don’t know if any of us would have been able to pull off our characters as well as we did if it weren’t for him being at the helm. He challenged us creatively and pushed us past the limits we thought we knew. For this particular project, no one could have done that better than him. So, I think the best part was exploring the character and story, as well as taking his lead.

What was it like filming in Music City, aka Nashville, Tennessee?
Nashville is great! I always enjoy my time there when I visit. There’s so much to do, but if you can believe it, sometimes it feels small to me. . .it may just be that I’ve been living in a city with 4 million people for the past 6 years, but to me, Nashville is a charming “big small town.” If anything though, I love it even more for that reason, as it’s a nice change of pace from Los Angeles. Not to mention how wonderful the community of artists and creatives there are. I don’t think the songwriters living in Nashville can be beat by those living in any other city. They’re really talented and they seem to care a lot about what they’re working on when you’re in the room together. Also, Edley’s-Bar-B Que on 12 South is the spot.

With this project, you also got to meet and work with iconic artists such as Amy Grant and Steven Curtis Chapman. How have they shaped your music career?
For me, that was one of the coolest parts about working on the film. They’re both just the nicest people, and I think everyone was thrilled when we showed them the reimagined songs and they actually liked them. It was as if we were getting their stamp of approval, and that was important to me. I’ve also found similarities in some of my own music to what Steven has done in the past, such as the use of orchestras or the importance of a strong lead vocal. We even got a chance to talk about how film scores affect our music, and I know we both enjoy certain composers’ works, like Hans Zimmer. Steven’s voice is superb, obviously, so I definitely try to reference his music and vocals in my own recording.

Do you have a favorite song on the soundtrack? What does it mean to you?
My favorite song on the soundtrack would have to be the Campfire Medley, but specifically, its incorporation of “God Only Knows” by for KING & COUNTRY. Like everyone else, I’ve experienced intense hardships and existential crises, and for some reason, I relate to that song a lot. I think it’s true more often than not; at the end of the day, God really is the only one who knows the extent of what you’ve been through, or the real you in general, and that’s powerful.

You’ve mentioned in other interviews that you enjoy writing poetry and lyrics. Is there a set of lyrics from the soundtrack that really spoke to you? Why?
I love writing poetry. In my opinion, it goes hand-and-hand with songwriting, and I think all songwriters are poets to that extent. I mean, look at Shel Silverstein! He started as a songwriter, didn’t he? I recently finished a collection of poetry that I am hoping to publish sometime this year in the form of a chapbook, and I’m excited to be able to share it with the world. As for any lyrics that spoke to me? Anything from our song “Good Enough.” It’s easy to get caught up in the idea that we aren’t good enough, but just like God, that song reaffirms to me that we were made exactly the way we were supposed to be, and that we are good enough. I would just hope that audiences can walk away with that same realization.

You’ve said before that you hope this film reminds audiences that we all have a connection to God. How does music help you experience that connection?
Recording itself is a very sacred, sort of holy, experience for me. Every time I’m in the vocal booth, or on stage, I get this feeling inside of me that I don’t experience anywhere else. Sounds cheesy, I know, but it’s true. It may just be a deep yearning for human connection that gets appeased when I perform, but it’s also in a way a yearning for God’s connection and attention. Singing is like crying out your deepest thoughts and frustrations to God, but in a way in which he’d want you to do. Obviously, it’s better sharing those moments with a live audience, because you just get this feeling that they can relate, too.

What’s next for you? Tell us where we can learn more about you and follow your career.
Well, you can always keep up with me on social media! I mainly use Instagram, TikTok and Facebook, but I love sharing my career journey with fans, as well as some of my personal life moments. As for what’s next, it’ll be my debut artist project with Capitol/Universal. And hopefully, more films or television shows that fans can catch me in, as I’m always looking out for new projects. I sincerely hope they all like the music and that they can relate to it on a personal level. Music to me, is and will always be, about connection. 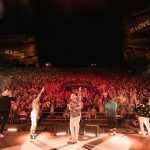 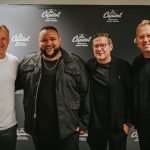 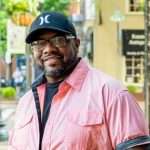 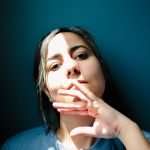 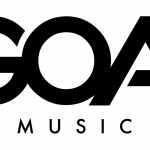 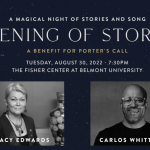 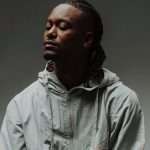