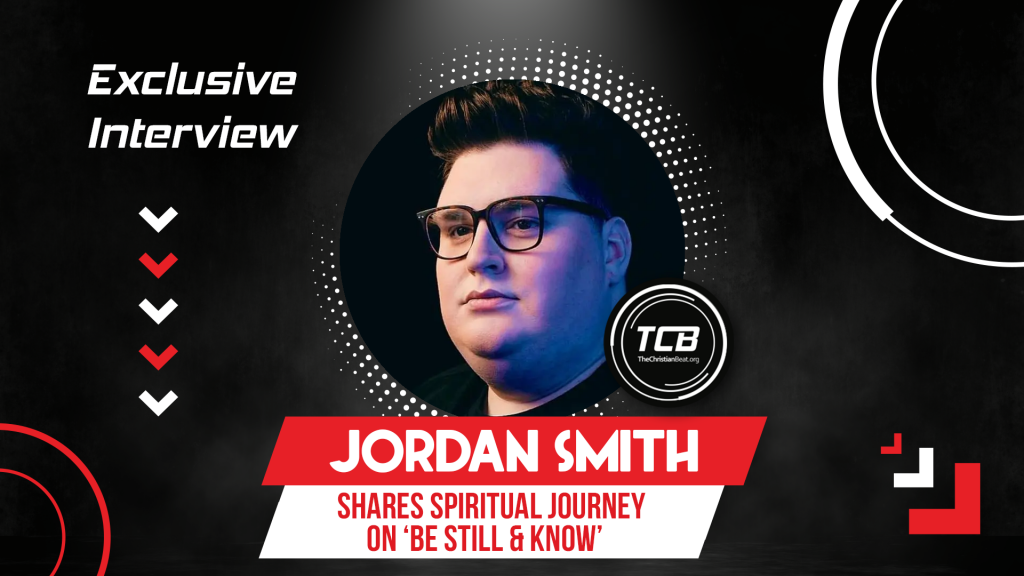 Powerhouse vocalist, songwriter, and “The Voice” season 9 winner Jordan Smith recently released Be Still & Know (Provident Label Group/Reunion Records). As the top-selling artist ever to emerge from “The Voice,” this is Smith’s first project with the label since signing with them in 2020. His debut album, 2016’s Something Beautiful, entered the Billboard 200 at No. 2 and he has since released two additional albums prior to Be Still & Know. The new EP’s first track, “Battles,” dropped in August 2021 accompanied by a live performance video that offers the message of confidence, one of the key themes running throughout the seven-song project. Also included are two never-before-heard tracks “Love Lives On” and “One Kiss From Heaven.” In this TCB Exclusive, Smith shares how the EP is a reflection of his very personal spiritual journey, how listener feedback to the project has been surprising to him, and how he’s feeling about his upcoming appearance on season three of Grace Notes.

Congratulations on last month’s release of Be Still & Know! Can you share the overall theme behind the EP? Did it evolve or was it set from the beginning?
Be Still & Know was something I knew was in me, but I didn’t exactly know what it sounded like or was going to be. When we first started writing the project, I just went in the room with some talented writers and wanted to see what happened when we wrote what came to us, what felt natural. These songs just sort of flowed out of my time with these writers. I realize now looking back that these songs I’ve been writing throughout my life with my story. They are a peek into my journal. There are songs on there about struggles and personal songs about things I’ve dealt with and gone through. There are songs about grief and loss. There are songs about overcoming battles and struggles and having confidence in God to see us through those things. And then of course there are songs that are just pure worship. There are lots of different types of songs on this project, but they all work together to tell the story of my spiritual journey, my faith journey, and hopefully be something that uplifts and inspires believers and non-believers.

Now that you have had about a month of listener feedback for the whole project, is there a song or lyric that has had an impact that you didn’t expect?
Of course I expected songs like “Be Still And Know” and “Battles” to connect with people because of their message. They sound like typical CCM singles. But then there are songs like “Don’t Quit”. I wrote the song when I was going through a very personal, difficult struggle. I didn’t know if people would connect to that song because so much of my music is upbeat and uplifting. This one still has a feeling of hope, but is more about the struggle feeling and was from a darker place. And I’ve heard from so many that they’ve felt those same emotions, that all you want to do is give up. I say this song has a ‘down on your knees’ feeling. People have all felt that before and when they hear this song, they feel understood and seen in the midst of their struggle. And that’s been a really special thing to hear.
And people also seem to really connect with “One Kiss From Heaven,” which is super cool. I think everyone has experienced not being able to be with someone that they love, whether it’s because they passed away or there is a distance between them. Everyone seems to have a person in mind when they listen to that song.

How are you looking to define success for this project?
I think success looks like a lot of different things for an artist. Obviously, a huge goal of mine for this project was that I wanted to do well at Christian radio. It’s something that I haven’t cracked in the past. So that was a big goal. Secondly, my goal was to connect with people. I want people to be inspired by these songs. Success is when I can see, through the number of streams or adds at radio, through the messages I’m seeing from people and the feedback I’m getting online, that people have heard and felt the project. These are songs that when you hear them, they make you feel something. I didn’t want anything to be filler. Each of these songs could be singles on their own if they needed to be. I wanted these songs to be meaningful and make people feel something. 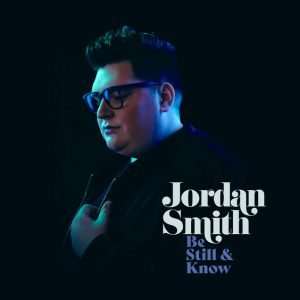 You will be appearing on season three of ‘Grace Notes’. When did you first hear about the opportunity and what was your initial reaction?
[Jordan’s episode of “Grace Notes,” which also features CeCe Winans, airs on BYUtv on Sun. Dec. 5 at 12 p.m. ET/9 a.m. PT and then streams for free on the BYUtv app.]
So Grace Notes was presented earlier this year. I’ll be honest – I had heard of Grace Notes before, but I wasn’t exactly 100% familiar with what it was. I went online and looked them up and was immediately floored by the quality of the production and the sheer talent they had worked with in the past. I really appreciated their interview portion of the show because they were really sincere. I remember when I went to record the show, I so pleasantly enjoyed it because it was one like I had never done. The questions were different, heart-felt, and gave me the opportunity to share parts of my story and faith. I really enjoyed performing there, because it is beautiful, but I really enjoyed my interview there.

Thinking back on your experience with ‘The Voice’, what has helped set you up for success that you maybe didn’t realize in the moment?
I learned so many lessons in that season. It took me from a young guy, going to college for music and living in my small hometown in Kentucky, to this world stage and thrust into the spotlight overnight. It changed everything about my life, and I’m grateful for that. I’m grateful for that platform and the launching pad it was for me. But it was easy in that time to overlook the special things that were happening behind the scenes. There was so much pressure when I was on the stage. One of the biggest lessons was trusting my instincts, trusting my gut on the show. It was a huge thing with my coach, Adam Levine. And in time, I realized that when I said trusting my gut, what I really meant was listening to the leading of the Holy Spirit in my life. So what’s different for me as a believer, is that when there is a big decision, I have to pray and then I have to rely on that voice inside. I can’t constantly live second-guessing it or wondering if I’m going to miss it. I have to have confidence in my relationship with God to hear and know what I’m to do next. And sometimes those decisions happen so quickly, you need to keep an open line of communication.

Who, or what, is currently providing inspiration for you, either musically or spiritually?
I draw inspiration from lots of different kinds of music. I love pop music. I’ve been getting into folk music lately, which is something different for me. I love singer/songwriters. Sara Bareilles is my favorite songwriter of all time. Whenever I write a song, I always have a moment where I look at the song and wonder if she would approve.
I’ve been on an adventure lately to really search the scripture for inspiration for songs. “Great You Are” and other songs on this album are inspired from scripture, and it’s such a special thing because it feels a little like cheating since they aren’t my words, but an interpretation. We have such an amazing resource of life-changing text, so I’ve been really leaning into this inspiration that already exists in God’s word.

What are you most expectant for in the remainder of 2021?
Personally, I’m really excited for the holiday season. I love spending this time with my family. We’re very tight-knit here in Kentucky. I have a brand new church family. Kristen, my wife, and I are worship pastors at a church in Bowling Green, Kentucky. I’m excited to celebrate with my new church family, and my family. I just love this time of year.
Professionally, I have a brand new Christmas song that’s dropping – “O Come (Let Us Adore)”. I’m so excited about that. I have some Christmas dates lined up, a lot of stuff in December that’s all holiday-themed. I’m really looking forward to sharing this song and getting out and being able to see people and bring them something familiar. Our lives have been so turned around for the last year and a half. I’m excited for people to safely be able to experience something that is familiar. 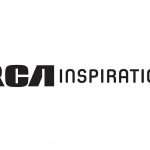 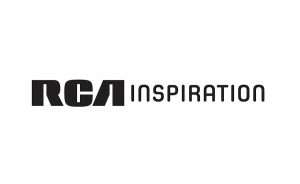 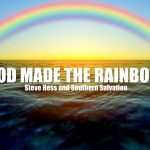 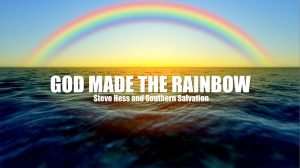 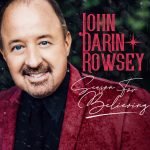 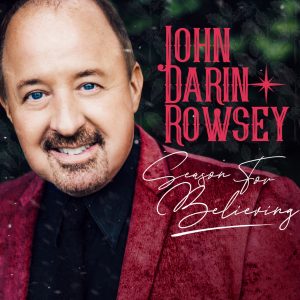 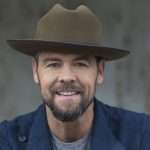 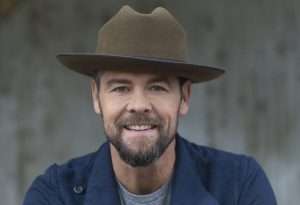 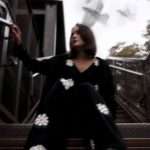 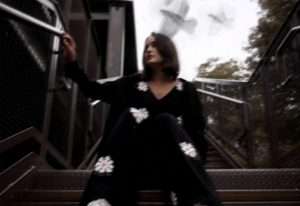 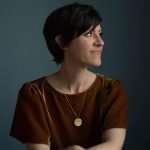 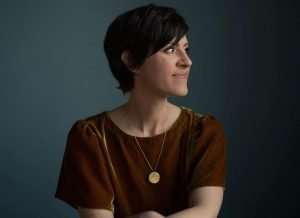 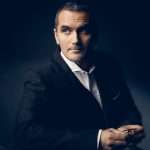 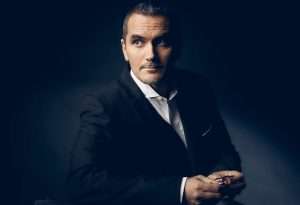 Amy Grant Honors Lauren Daigle For The Global Impact Of Her Music &#...